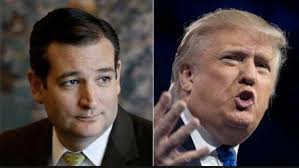 Sen. Ted Cruz (R-Texas) slammed the policy of sanctuary cities tonight, stating that "the Democratic Party supports illegal immigration."
The 2016 GOP presidential candidate said that sanctuary cities have been a "persistent problem" in Texas.
He said that the Democratic mayors who are elected in his state decline to enforce the law.
"It varies in terms of how brazen it is, it's not always as brazen as San Francisco is," he explained. "But it's a problem when you have cities that are in the control of the Democrats and don't want to follow the law."
Cruz said that some law enforcement officers and city officials won't cooperate with federal immigration laws and have created sanctuary cities.
"It's because the Democratic Party supports illegal immigration," he stated. "They don't even call it illegal immigration. They've come up with this 'undocumented' term."
He added that Democrats are "endangering the security" of America because they refuse to follow the law.
Watch the video clip of Cruz above.
As seen on On the Record with Greta Van Susteren
by Fox News Insider
Posted in:


I'm truly enjoying the design and layout of your blog. It's a very easy on the eyes which makes it much more pleasant for me to come here and visit more often. Did you hire out a designer to create your theme? Superb work! all of craigslist


I am extremely inspired together with your writing abilities and also with the format on your blog. Is that this a paid subject matter or did you modify it your self? Anyway keep up the excellent quality writing, it's rare to peer a nice weblog like this one nowadays.. yahoo mail login

As I read the blog I felt a tug on the heartstrings. it exhibits how much effort has been put into this.
Final Year Project Domains for CSE

Project Centers in Chennai for CSE