Donald Trump: The Most Hated Man in American Politics 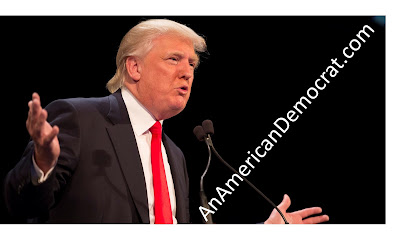 Why? Because of fear.

The Republican establishment hates him because he is restoring the platform to conservatism.

The liberals hate him (especially HRC) because he can actually win the election.

The media hates him because he completely destroys the absurd narratives they have created on just about every topic.

The only group of people who don't hate him are the ones that really matter, the American voter.

The Republican establishment, Rino's, middle-of-the-road, mealy mouthed demigods are forced to reckon with the statements that Donald Trump makes.  The problem is that taking a position opposite Trump is also in direct opposition of the base of the Republican party.  Trump makes a statement about illegal immigration that is not only 100% accurate, but the majority of all American voters, not just Republicans, agree.  This awkward position is painful for the Rino's like Bush and others who have lashed out.

On the other hand, the liberals are hot to trot.  While they could not care any less about what he says, the fact that he may actually win the Republican nomination has them scared out of their minds.  Imagine Hillary Clinton standing on the stage next to Trump in a debate.  It would be a blood bath and every liberal instinctively knows this, especially Clinton.  It is the worst case scenario.  Trump would absolutely demolish her on every point of the discussion.  Whereas any one of the Rino's would have political babies to protect and give Clinton room to make points.

Then there is the American voter.  No matter which side you look at Republicans and Democrats, black, white, hispanic, and every other type of voter Trump polls extremely well.  When asked about Trump against Clinton, even at this early date, Trump has the upper hand.

The bottom line is that the heat against Trump with intensify with every passing day.  If he wins the debate in August all hell will break loose in both parties and the media with one unified thought process.  Trump shall not stand on the stage next to Hillary.